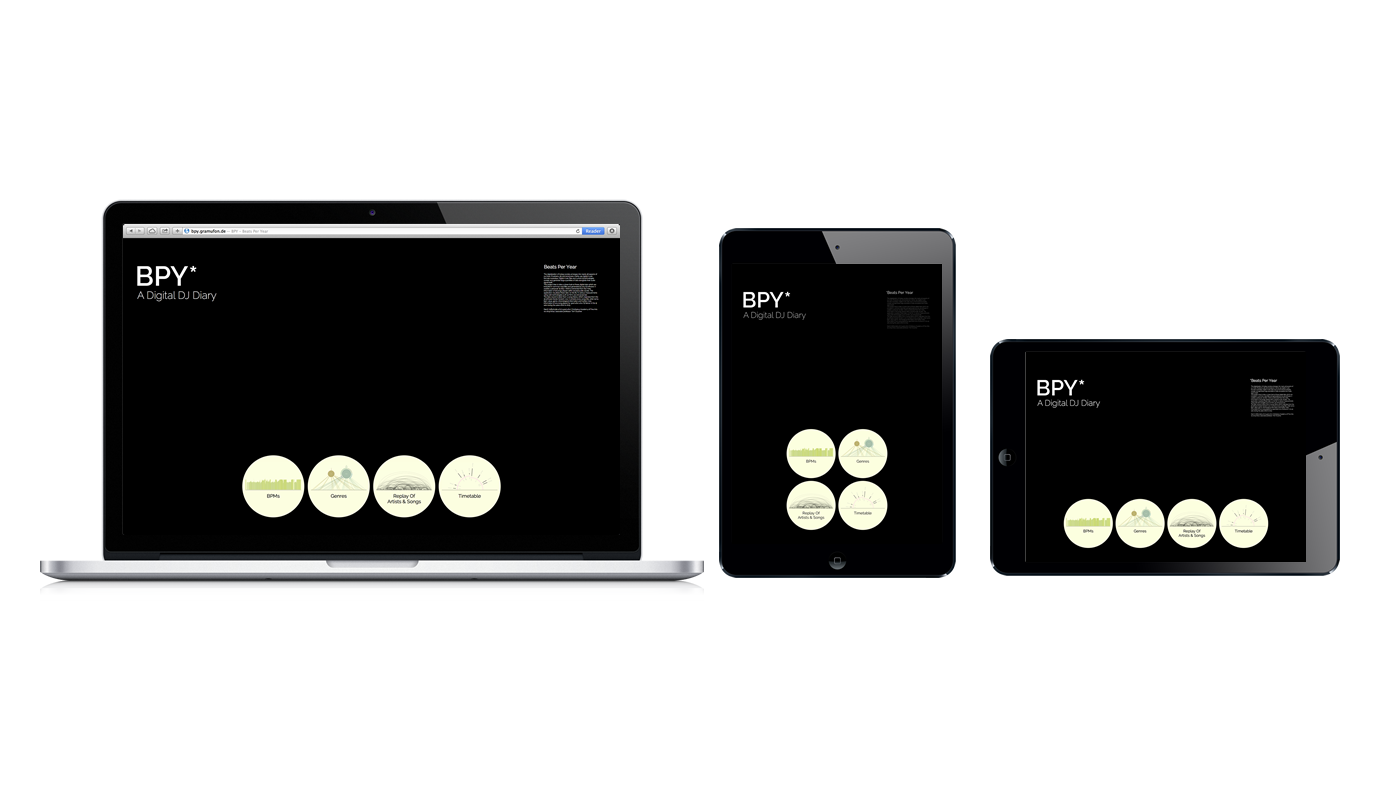 The digitalization of todays society emerges into nearly all aspects of our lives. Musicians, dj‘s and producers mainly use digital music formats nowadays. Digital music files and current dj technologies contain and generate large quantities of data alongside their audio signal itself.
This project tries to take a closer look at these digital data which are included in common mp3 files and generated by any dj soft- ware. It creates a personal „dj diary“ which is extracted from the meta information of all songs played within several public dj sets. The application visualizes these data „on the fly“ in various measu- rements using web technologies such as html, css and javascript.
The data record is taken from a song history which originates from the dj software Serato Scratch Live. It contains every song title, ar- tist name, bpm value, genre, chronological information and further meta information of any song played by „gramufon a.k.a. Dj Genos“ in his dj sets during the years 2010 to 2013. 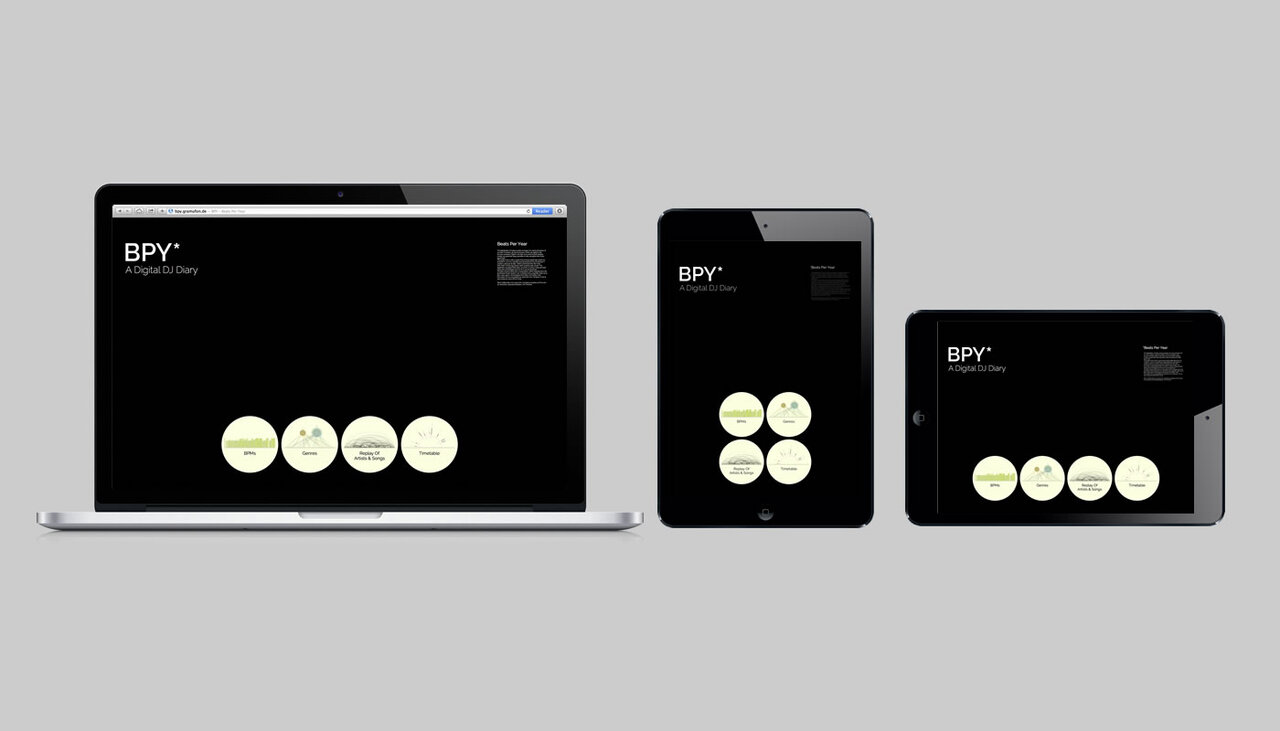